Learn about the highly regarded Oral & Maxillofacial Surgeons practicing out of our OralMax Surgeons clinics. 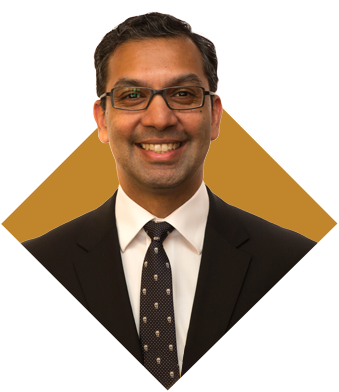 Mr Kumar is qualified with degrees in both Medicine and Dentistry. He received several awards during his studies including University of Otago’s most outstanding student during his dental degree as well as F.G Christensen medal for part I exams for his surgical training.

He did his Oral and Maxillofacial Surgical training in Adelaide from where he completed part II exams with R.A.C.D.S and was awarded the F.R.A.C.D.S (O.M.S) fellowship.

He then undertook further 12 months sub-specialty training in paediatric maxillofacial surgery and corrective jaw surgery as a fellowship at Royal Children’s Hospital in Melbourne. To further his skills and clinical interests, he spent another 12 months as a clinical fellow at the prestigious Oxford University Hospitals in UK. Here he received specialised training in paediatric maxillofacial surgery and TMJ surgery.

He is also committed to the profession and contributes to the surgical community as following:

Back to Surgeons
COVID-19 Update: We are open to provide care for our patients in line with government guidelines. Patient and staff safety remains our priority. Please call 1300323324 to arrange your appointment
X